In the Gospel stories of the Transfiguration of Jesus, it is the disciples’ response to Jesus’ glory that captures my attention and imagination.

In response to seeing the incredible transformation of their friend and master before them, Peter says he wants to build three “dwelling places”, or “tents” from the Greek. The Gospel of Mark suggests that Peter wants to build these shelters because they are “terrified”.[1]

It is a natural reaction when we are afraid for us to go to that which gives us security. For Peter, that means building a house. Or two. Or three. He must have been really scared. Not just a tent for Jesus, but also for Moses and Elijah who have mystically and supernaturally appeared alongside Jesus.

This is a glorious moment. Jesus’ divinity bursts upon their vision. And, we humans naturally want to contain this mountaintop experience. Put God, literally, in the proverbial box. Saint Augustine said in the fourth century, “If you can comprehend it, it is not God.”

The Gospel of Matthew goes further when he writes that it was “while Peter was speaking”[2] this, that a voice from heaven spoke: “This [Jesus] is my beloved Son.” The narrative feels like God interrupted Peter, cut him off.

It’s as if God is saying: “Don’t.” Don’t try to own such divine moments of God’s self-revelation. Don’t try to manage your spirituality. Don’t try to control the experience of gift, of unconditional love. We may want to build something and thus put God in a box. But we can’t. Because, really, there is no box.

In our religiosity, we may instinctively try to capture any glorious, God moments we experience in life. By repeating the experience, invoking certain feelings and the mood. We build buildings and keep them the same.

As with the disciples of old, we would rather escape the humdrum, ordinary realities of living in the valley of our daily, imperfect lives, and just stay on the mountaintop, containing God while we are at it. We don’t want it to change. We don’t want to change. We, like the disciples of old, just want to remain in this state of euphoric ‘mountaintop’ feelings and stay put, there.

Today marks the one-year anniversary that we have worshipped in this transfigured space. A year ago, on Transfiguration Sunday, we returned from an extended absence during which we worshipped every Sunday for eighteen straight weeks with our neighbours at Julian of Norwich Anglican Church. Coming back to this renewed space was a joy and a blessing. We were back in our own tent, so to speak. 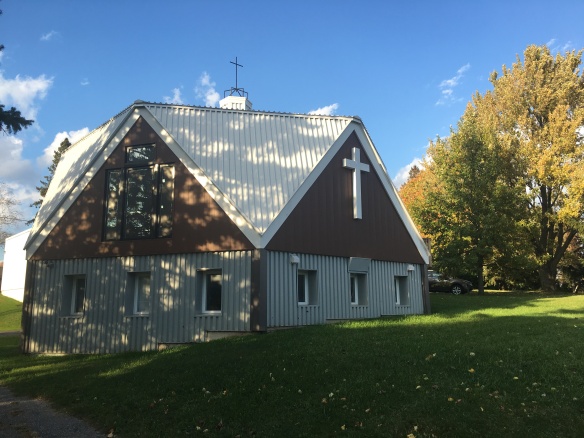 I say, ‘tent’, intentionally. Because the contractors who modernized this building emphasized the strap-over accenting on the exterior – to make it look like when you put a large fly over your tent. In fact, those of us on the ‘liturgical arts’ committee who consulted with the contract designer heard him say on occasion early on in the project, that the idea behind the contrasting colour choices was to make it look like a tent.

Which was by design. And very appropriate for the church, as a symbol. Not only was the natural element emphasized in the tent-like strappings on the outside, the blue colour on our ceiling inside was meant to image the night sky – looking up, in faith.

Indeed, the structure of our church, and its recent ‘transformation’, is not new. It is to emphasize an original idea when it was first built over fifty years ago: as a temporary house worship space. The tent image for our structure underscores an enduring truth about the church: The church is a movement. It is always on the move. It doesn’t stay put in one place for long.

A church ever changing, a church adapting its form yet reflecting its original mission. 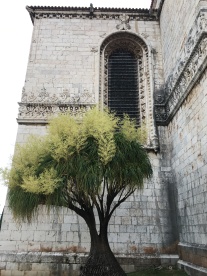 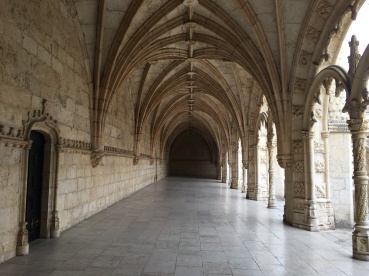 The Jeróminos Monastery in Lisbon, Portugal, is a UNESCO world heritage site. When my wife and I toured the massive complex last summer, including the impressive cloister and the ‘chapel’ – which views more like a colossal cathedral in typical European grandeur, I understood why. These photos don’t do it justice. 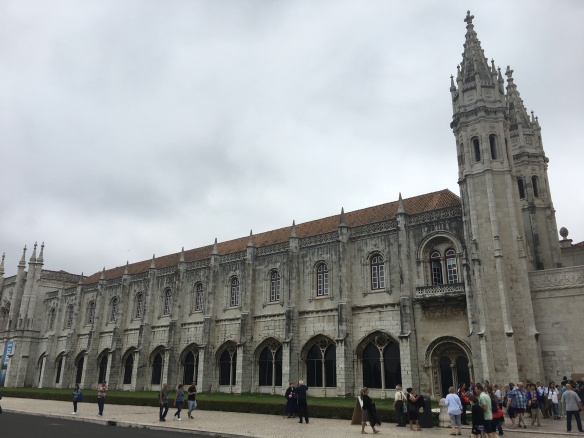 In 1833, over three hundred years after the site and property was inaugurated as a religious Order of Saint Jerome, a state edict transferred the property and all its assets to Real Casa Pia de Lisboa, a philanthropic institution that took in, raised and educated orphan children. 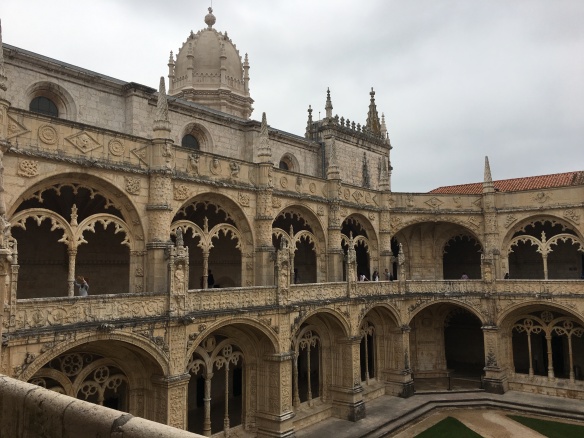 It was hard for me to imagine that a three-hundred-year-old religious institution of this magnitude would relinquish its assets. And doing this, located on prime waterfront in Portugal’s growing commercial city during the sea-faring Age of Discovery. 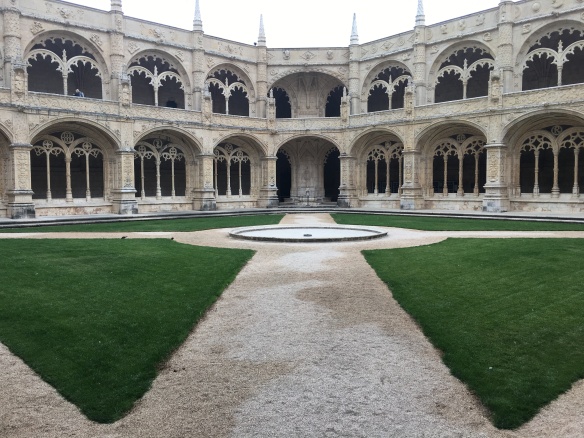 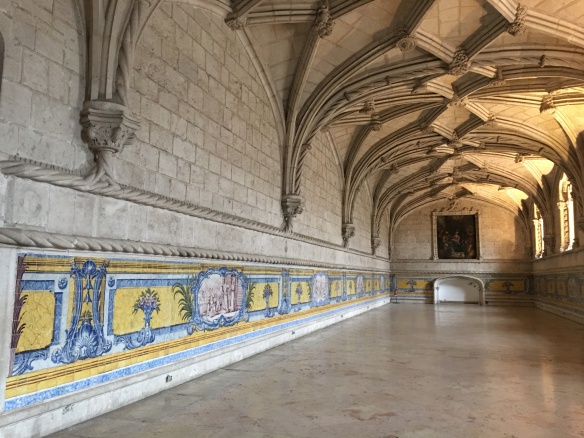 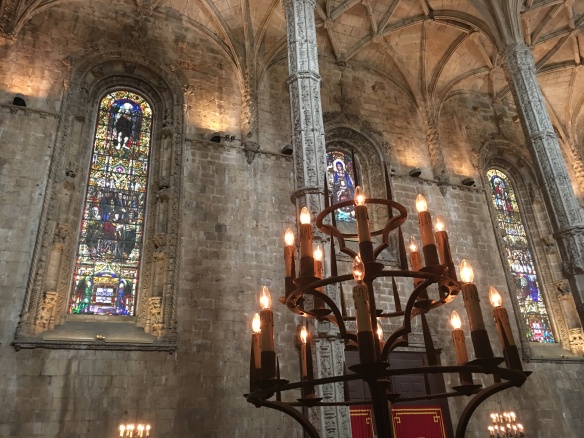 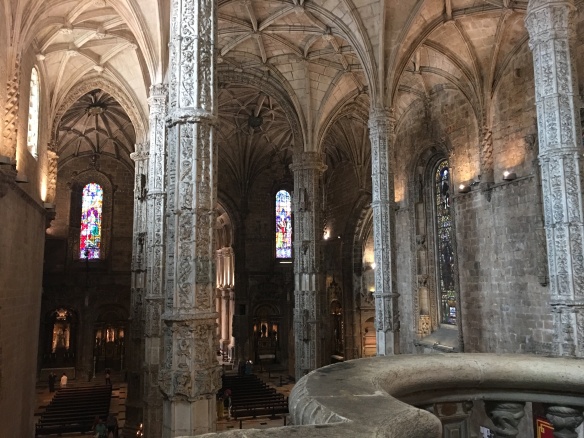 Without delving into the complex history and context of the Secularization Act of 1833, the fact remains: During a robust period of historical expansion, the church made a big change. I would argue, however, the church did not lose. Sure, it no longer could boast financial ownership of the property. But, by handing over its assets and combining them with the resources of the state, it bolstered its core purpose in mission – the care of vulnerable children. The space and property, as of 1833 moving forward, would now serve the needs of needy children.

Jesus says: “Unless you change and become like children …”[3] Without doubt, the religious of 1833 Lisbon were being true to the mission of Jesus.

In our lifetimes, we are witnessing here in North America – indeed in Ottawa – many growing examples of a church re-purposing its properties to build senior’s complexes and other social enterprise. We may believe this is a sign of the times – a negative, unfortunate, disappointing, mournful reality of the church. But, in truth, in many cases, such a re-purposing of a building is consistent with the Christian mission – to care for the weak, the vulnerable and needy in our society.

I can remember driving through rural country in south-western Ontario, and more in Saskatchewan, where you would see, stuck in the middle of a wheat field, a run-down, dilapidated old church building no longer in use, just left abandoned. It is sad to see this. It’s easy to jump to the negative conclusion that the church is dying by simply looking at its physical assets. When it’s not tied to a living purpose, the building will surely die.

But two hundred years after the so-called secularization of the Jeróminos Monastery’s assets, hundreds of thousands of visitors to the site every year continue to pour in and be inspired by the legacy of that bold, courageous move of those 19th century Christians in Lisbon. Good for them.

Re-purposing church property is not just a recent, contemporary phenomenon borne out of the institution’s modern demise. Re-purposing assets is not a sign of Christian defeat in a secular society. First of all, it has evidently been done throughout history when the need and opportunity arose.

Moreover, changing a physical structure doesn’t mean Christians are being decimated by an oppressively secular, contemporary, multi-cultural, diverse society in Canada. The physical transfiguration of Christian property may in truth be a positive sign of healthy, missional spirit, consistent with our Christian identity. A sign that the church and its original purpose in their properties will endure for centuries longer.

The disciples of Jesus accompany him to and from the mountaintop. Moses and Elijah appear with the transfigured Jesus, linking the present moment with the great tradition spanning all times and places. The community, the people, the saints on earth and the saints of heaven, accompany us on this journey.

The journey is a movement, not to remain stuck – even in moments of glory and victory. Rather, we are called to embrace the hardship as well, the challenges, the disappointments and opportunities of the daily grind of living, down in the valley of our lives. Ours is not a denial religion. Ours is not an escapist religion, one that ignores the plight of those who suffer, avoiding the normal difficulties of life, pretending that somehow we can with God only experience the highs without the lows. That is false religion.

Jesus interrupts our striving and tells us, “Don’t”. Don’t build those false expectations of a prosperity gospel. Don’t pretend you can stay on the mountaintop with Jesus forever while you live on earth. Because, Jesus, the divine Son of God, also embraced his humanity, and leads us down into the very human valley of life on earth.

Positive change and transfiguration in this light don’t come by way of escaping the world. The cathedrals of our hearts are meant to house people – all people, in their needs and for the sake of the other.

We are not alone, in this enterprise. As Jesus accompanied the first disciples up and down the mountain, God goes with us, up and down. Jesus leads the way. And, we walk shoulder to shoulder with our co-pilgrims who go with us.

2 thoughts on “Re-purpose the building: a sermon for Transfiguration”